Everyone stood aghast, too taken aback even to grab at the dog. A warder, detached from the escort, charged clumsily after the dog, but it danced and gambolled just out of his reach, taking everything as part of the game. A young Eurasian jailer picked up a handful of gravel and tried to stone the dog away, but it dodged the stones and came after us again. Its yaps echoed from the jail wails. The prisoner, in the grasp of the two warders, looked on incuriously, as though this was another formality of the hanging. It was several minutes before someone managed to catch the dog.

Then we put my handkerchief through its collar and moved off once more, with the dog still straining and whimpering. It was about forty yards to the gallows. I watched the bare brown back of the prisoner marching in front of me. He walked clumsily with his bound arms, but quite steadily, with that bobbing gait of the Indian who never straightens his knees.

At each step his muscles slid neatly into place, the lock of hair on his scalp danced up and down, his feet printed themselves on the wet gravel. And once, in spite of the men who gripped him by each shoulder, he stepped slightly aside to avoid a puddle on the path. It is curious, but till that moment I had never realized what it means to destroy a healthy, conscious man. When I saw the prisoner step aside to avoid the puddle, I saw the mystery, the unspeakable wrongness, of cutting a life short when it is in full tide.

This man was not dying, he was alive just as we were alive. All the organs of his body were working—bowels digesting food, skin renewing itself, nails growing, tissues forming—all toiling away in solemn foolery. His nails would still be growing when he stood on the drop, when he was falling through the air with a tenth of a second to live. His eyes saw the yellow gravel and the grey walls, and his brain still remembered, foresaw, reasoned—reasoned even about puddles.

He and we were a party of men walking together, seeing, hearing, feeling, understanding the same world; and in two minutes, with a sudden snap, one of us would be gone—one mind less, one world less. The gallows stood in a small yard, separate from the main grounds of the prison, and overgrown with tall prickly weeds. It was a brick erection like three sides of a shed, with planking on top, and above that two beams and a crossbar with the rope dangling. The hangman, a grey-haired convict in the white uniform of the prison, was waiting beside his machine.

He greeted us with a servile crouch as we entered. At a word from Francis the two warders, gripping the prisoner more closely than ever, half led, half pushed him to the gallows and helped him clumsily up the ladder. Then the hangman climbed up and fixed the rope round the prisoner's neck. We stood waiting, five yards away. The warders had formed in a rough circle round the gallows. And then, when the noose was fixed, the prisoner began crying out on his god.

It was a high, reiterated cry of "Ram! The dog answered the sound with a whine. The hangman, still standing on the gallows, produced a small cotton bag like a flour bag and drew it down over the prisoner's face. But the sound, muffled by the cloth, still persisted, over and over again: "Ram! The hangman climbed down and stood ready, holding the lever. Minutes seemed to pass. The steady, muffled crying from the prisoner went on and on, "Ram! The superintendent, his head on his chest, was slowly poking the ground with his stick; perhaps he was counting the cries, allowing the prisoner a fixed number—fifty, perhaps, or a hundred.

Everyone had changed colour. The Indians had gone grey like bad coffee, and one or two of the bayonets were wavering. We looked at the lashed, hooded man on the drop, and listened to his cries—each cry another second of life; the same thought was in all our minds: oh, kill him quickly, get it over, stop that abominable noise! Suddenly the superintendent made up his mind.

Throwing up his head he made a swift motion with his stick.

There was a clanking noise, and then dead silence. The prisoner had vanished, and the rope was twisting on itself. I let go of the dog, and it galloped immediately to the back of the gallows; but when it got there it stopped short, barked, and then retreated into a corner of the yard, where it stood among the weeds, looking timorously out at us. We went round the gallows to inspect the prisoner's body. He was dangling with his toes pointed straight downwards, very slowly revolving, as dead as a stone.

The superintendent reached out with his stick and poked the bare body; it oscillated, slightly. He backed out from under the gallows, and blew out a deep breath. The moody look had gone out of his face quite suddenly. He glanced at his wrist-watch.

Well, that's all for this morning, thank God. The warders unfixed bayonets and marched away. The dog, sobered and conscious of having misbehaved itself, slipped after them. We walked out of the gallows yard, past the condemned cells with their waiting prisoners, into the big central yard of the prison. The convicts, under the command of warders armed with lathis, were already receiving their breakfast. They squatted in long rows, each man holding a tin pannikin, while two warders with buckets marched round ladling out rice; it seemed quite a homely, jolly scene, after the hanging.

An enormous relief had come upon us now that the job was done. One felt an impulse to sing, to break into a run, to snigger.


All at once everyone began chattering gaily. The Eurasian boy walking beside me nodded towards the way we had come, with a knowing smile: "Do you know, sir, our friend he meant the dead man , when he heard his appeal had been dismissed, he pissed on the floor of his cell. From fright. Do you not admire my new silver case, sir? From the boxwallah, two rupees eight annas. Classy European style. Francis was walking by the superintendent, talking garrulously. It wass all finished—flick! It iss not always so—oah, no!

I have known cases where the doctor wass obliged to go beneath the gallows and pull the prisoner's legs to ensure decease. Most disagreeable! One man, I recall, clung to the bars of hiss cage when we went to take him out. You will scarcely credit, sir, that it took six warders to dislodge him, three pulling at each leg.

We reasoned with him. Ach, he wass very troublesome! I found that I was laughing quite loudly. Everyone was laughing. Even the superintendent grinned in a tolerant way. We could do with it. We went through the big double gates of the prison, into the road. We all began laughing again. At that moment Francis's anecdote seemed extraordinarily funny. We all had a drink together, native and European alike, quite amicably.

The dead man was a hundred yards away. When I worked in a second-hand bookshop—so easily pictured, if you don't work in one, as a kind of paradise where charming old gentlemen browse eternally among calf-bound folios—the thing that chiefly struck me was the rarity of really bookish people. Our shop had an exceptionally interesting stock, yet I doubt whether ten per cent of our customers knew a good book from a bad one. First edition snobs were much commoner than lovers of literature, but oriental students haggling over cheap textbooks were commoner still, and vague-minded women looking for birthday presents for their nephews were commonest of all.

Many of the people who came to us were of the kind who would be a nuisance anywhere but have special opportunities in a bookshop. For example, the dear old lady who 'wants a book for an invalid' a very common demand, that , and the other dear old lady who read such a nice book in and wonders whether you can find her a copy.

Unfortunately she doesn't remember the title or the author's name or what the book was about, but she does remember that it had a red cover. But apart from these there are two well-known types of pest by whom every second-hand bookshop is haunted. One is the decayed person smelling of old bread-crusts who comes every day, sometimes several times a day, and tries to sell you worthless books. 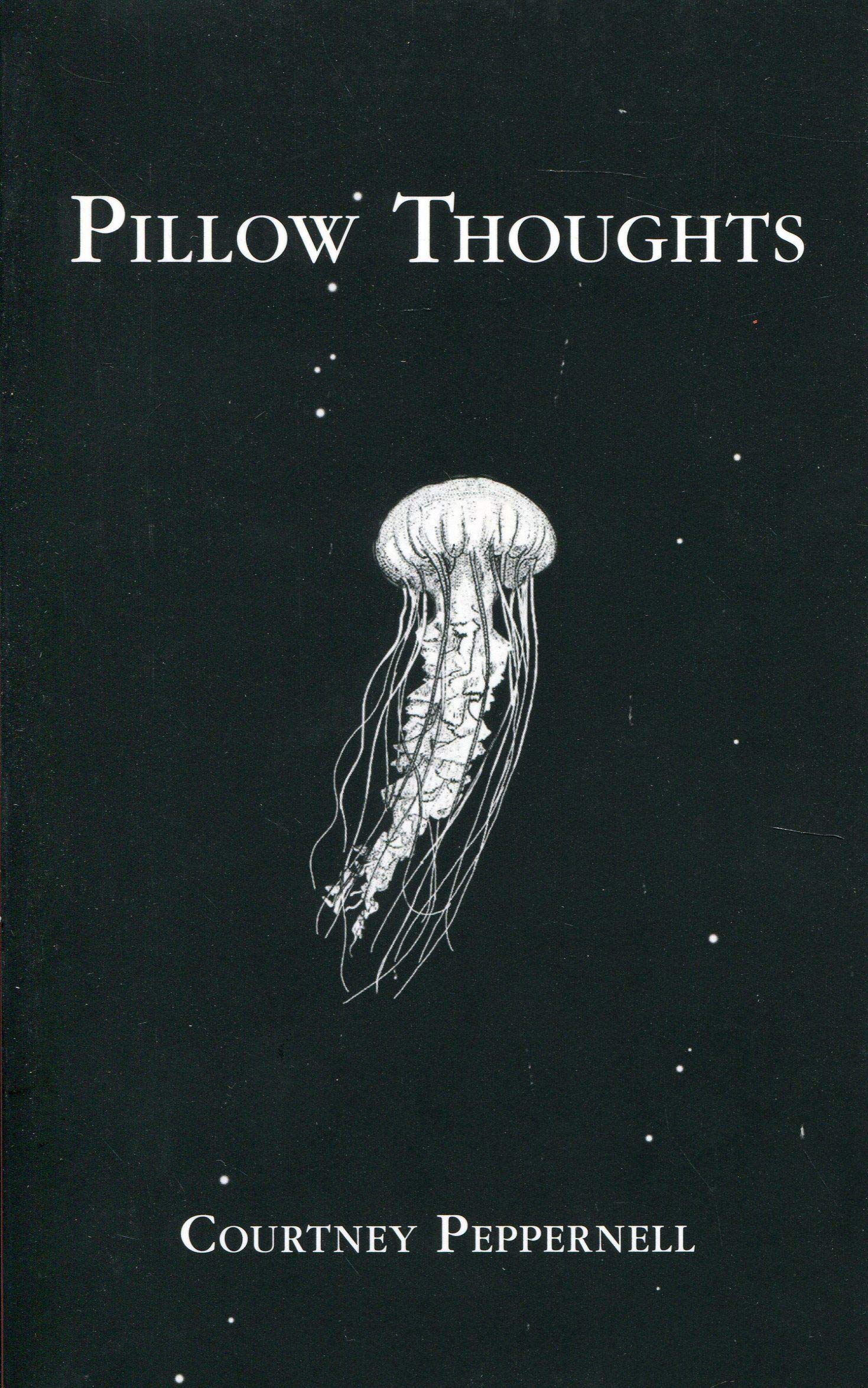 The other is the person who orders large quantities of books for which he has not the smallest intention of paying. In our shop we sold nothing on credit, but we would put books aside, or order them if necessary, for people who arranged to fetch them away later. Scarcely half the people who ordered books from us ever came back.


It used to puzzle me at first. What made them do it? They would come in and demand some rare and expensive book, would make us promise over and over again to keep it for them, and then would vanish never to return. But many of them, of course, were unmistakable paranoiacs. They used to talk in a grandiose manner about themselves and tell the most ingenious stories to explain how they had happened to come out of doors without any money—stories which, in many cases, I am sure they themselves believed.

In a town like London there are always plenty of not quite certifiable lunatics walking the streets, and they tend to gravitate towards bookshops, because a bookshop is one of the few places where you can hang about for a long time without spending any money. In the end one gets to know these people almost at a glance.